In The MediaDr Jaliman on Nightline 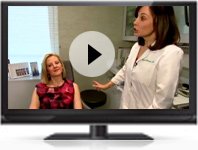 Dr. Jaliman is one of the few doctors in New York with the new CoolSculpting handpieces that freeze fat on legs.

CoolSculpting is a revolutionary new method for eliminating unwanted fat in specific areas. CoolSculpting is designed to reduce fat in stubborn problem areas on otherwise healthy bodies-most commonly love handles, back fat or abdominal fat. This method, also known as cryolypolysis, uses patented technology to deliver targeted and controlled “cooling,” affecting only fat cells and ensuring no harm to any surrounding tissue or cells. The destroyed fat cells are eliminated through the body’s natural metabolic processes – the fat is literally peed away over several weeks. The result is a leaner, tighter body.

CoolSculpting requires no needles or incisions. Because it is gentle and entirely non-invasive, no anesthesia is needed, which means zero downtime for recovery and little risk of the side effects often associated with surgical procedures. The procedure is safe, fast, painless and simple, lasting as little as one hour. It is so comfortable, you can relax-even take a nap-while the technology works its magic. The effects, which are often visible within 2-4 months of the procedure, are permanent.

We offer complimentary consultation for CoolSculpting